A really enjoyable build with a building style that I really like and that comes close to my own way of building technical models. Full of working features but nevertheless combined with great looks. I really dig the combination of basic bricks for the outher shell and technical elements for the inner workings. A lot of fun to operate thanks to an own motor for every function. No nasty gearboxes that take the spontaneousness of operating the model and do not allow to simultaneously operate more than one function.
Thumbs up to Cada for a very good parts quality and not a single missing brick! Also a big plus are some really useful parts shapes that I haven't seen so far with other manufacturers of building bricks.
Congratulations to the designer Maciej Szymanski for creating an outstanding piece of construction equipment!
If I had to critizise a point, it would be the missing blade guard on the outer angled sections of the blade.

M
Michael
It's a BIG Beast

I enjoyed the build after overcoming initial difficulties: An Axel for a gear wheel was defective. Luckily the Bluebrixx Store in Hamburg had a replacemant. There was too much tension in the Motor Mock-up. Since the defective Axle was in the Motor mock-upI had to rebuild ist, after that the tension was gone and the construction went without any problems. Point of criticism: the cable management could be better, some of the cables are too long, but once you realize that, it's too late to place them better. Anyone who hase made a mistakt when connecting to the 2 battery boxes: it's hard to change this! Check it out early enough!!! The attachment of the Engine Hood is noch clever designed. The drive train has too much friction. Things I like: The Yellow Track. The Yellow Beast is very impressive after it's finished! The construction is relatively easy and you can progress relatively quickly. If you like big machines, this is the thing for you :) 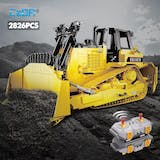 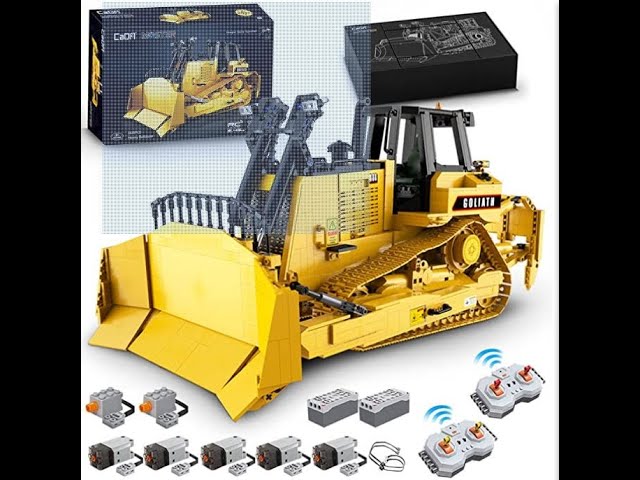